Skip to content
May 17, 2021
Apple today emailed customers who have purchased a standard AppleCare plan for their Apple TV devices to let them know that coverage has been extended from two years to three years. 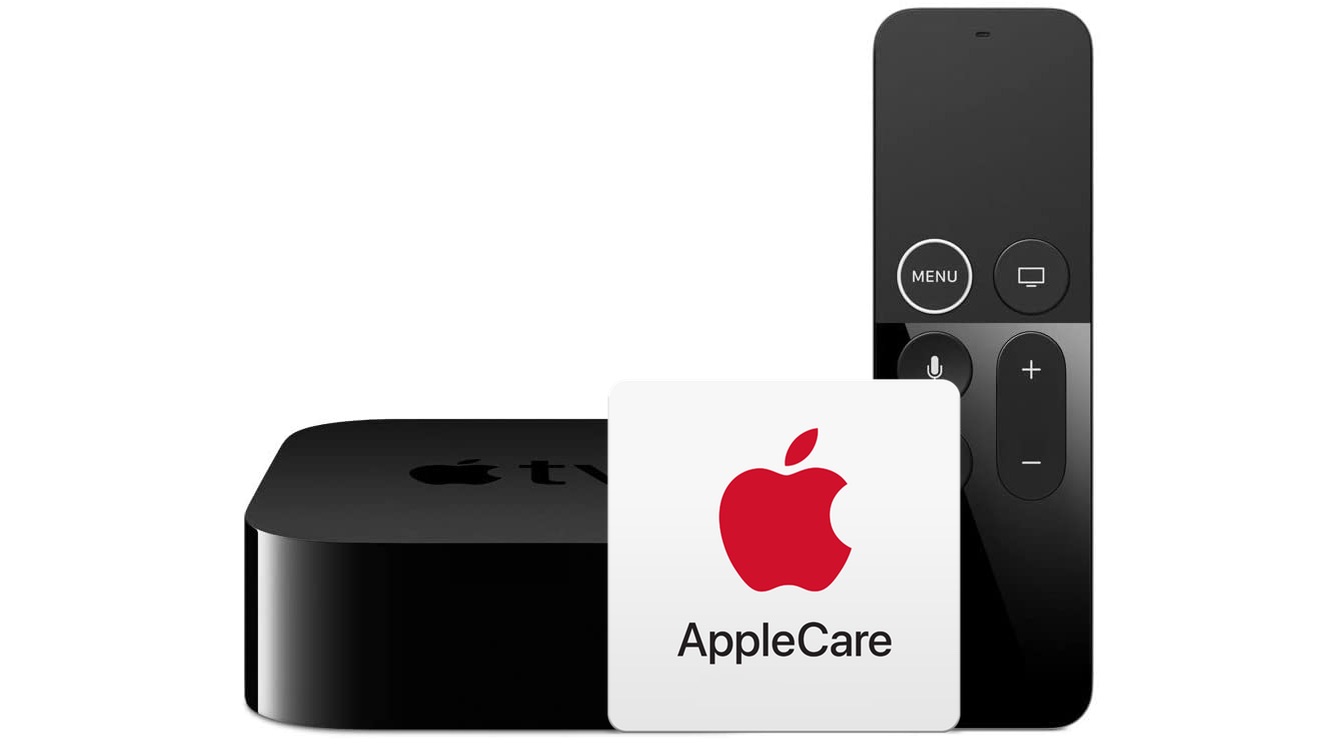 Customers who purchased ‌AppleCare‌ for the ‌Apple TV‌ will be now receiving a total of three years of coverage based on the date that they original bought the plan. ‌AppleCare‌ for ‌Apple TV‌ end dates will be automatically adjusted.

In the emails, Apple does not specify why it is extending the ‌Apple TV‌ ‌AppleCare‌ plans, but it is likely because of the transition to ‌AppleCare‌+ for ‌Apple TV‌, which Apple made available alongside the launch of the second-generation ‌Apple TV‌ 4K. 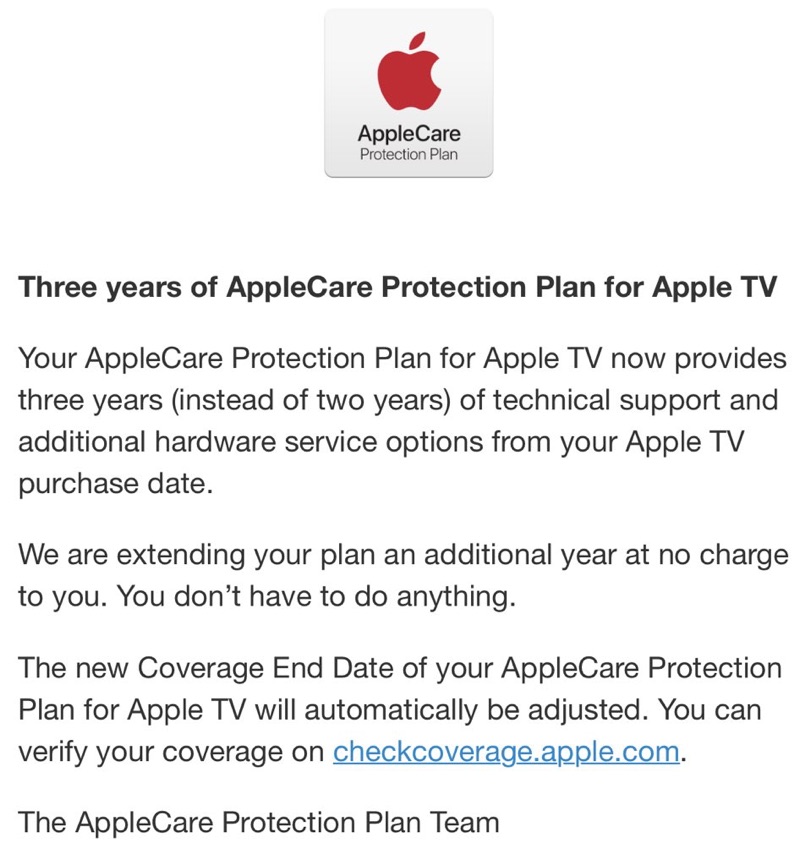 ‌AppleCare‌+ for ‌Apple TV‌ is priced at $29, with a monthly purchase option also available.

(Thanks, Mark and Ryan!)