Skip to content
June 18, 2021
In iOS 15 and macOS Monterey betas, Apple has quietly included a new audio feature called “Spatialize Stereo” that takes any non-Dolby stereo mix and creates a virtual spatial audio environment out of it.

The addition was first discovered by a Reddit user, who had this to say about it:

I assumed that if they ever did this it would warrant at the very least a mention in a Keynote, but unless I completely missed it today I don’t think they said anything about it!

The greatest thing about this is that it supports EVERY audio track. Sure I’d pick Atmos Spatial Audio mixes over Spatialized Stereo every time, but for the moment there are only a dozen or so options for Atmos available on Apple Music, so this is such an amazing feature to have!

It’s worth reiterating that Spatialize Stereo is different from Spatial Audio, which Apple brought to ‌Apple Music‌ subscribers earlier this week. Spatial Audio with support for Dolby Atmos creates a three-dimensional experience by moving sound all around you.

Spatialize Stereo meanwhile appears to be Apple’s attempt to simulate the effect of having sound coming at you from different directions in a virtual environment. It doesn’t utilize Dolby Atmos, but on the other hand it works with basically any content, although you do need AirPods Pro or AirPods Max headphones to access it. Here’s how it works in the latest ‌iOS 15‌ beta: 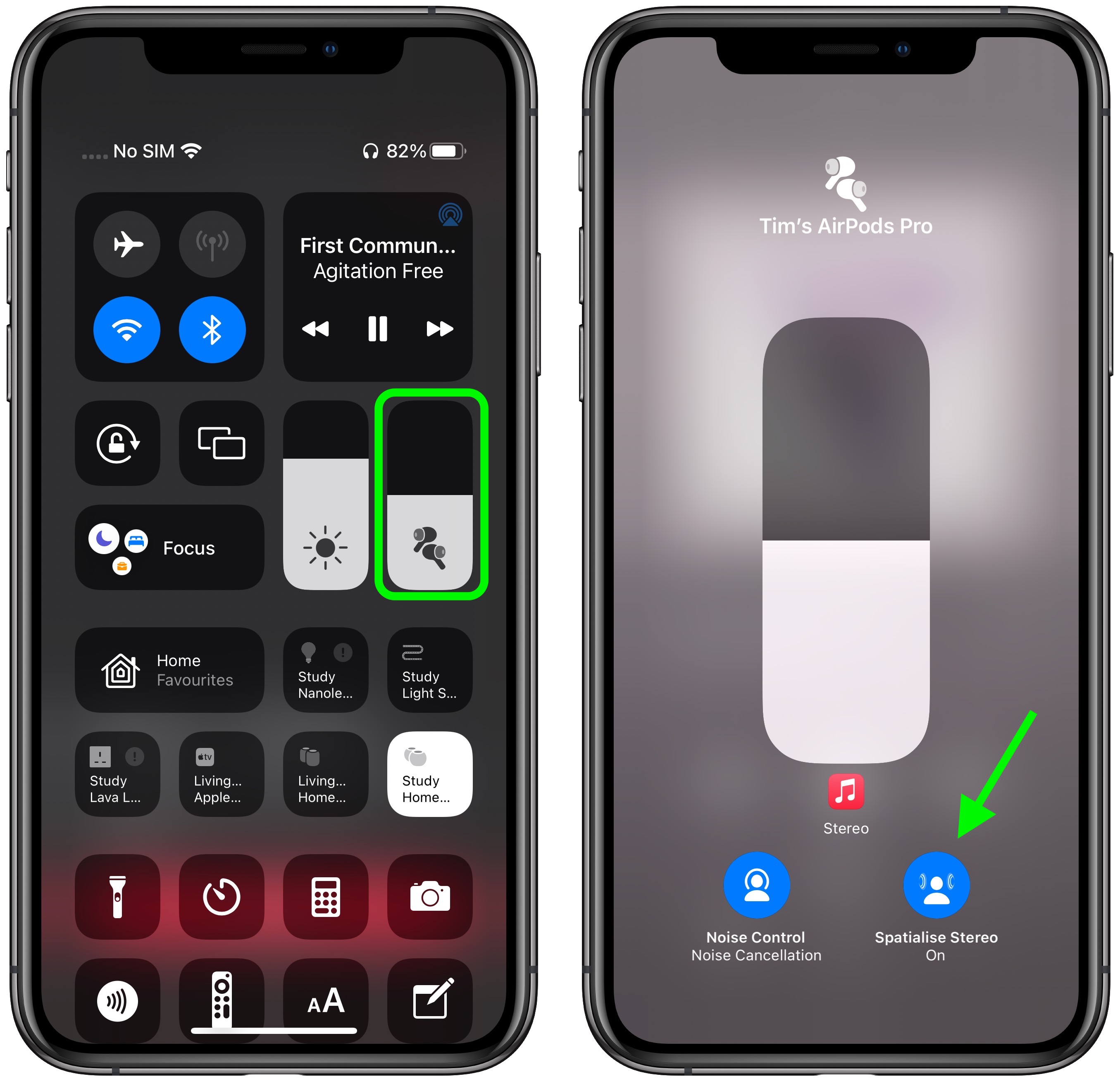 The same option can be found in ‌macOS Monterey‌ in the Control Center’s Sound pane. In terms of sound quality, your mileage may vary, but it at least allows users to enjoy some of the benefits of spatialized sound on anything they listen to, and not just content that officially supports Spatial Audio. If you’ve been able to compare the two different modes, let us know what you think in the comments.